What Is Green Power (GRN)?

Utility tokens (called Cycles) were only distributed to licensees and were never available to be transferred or market-traded. These utility tokens could be used for two purposes only. Green Power To power blockchain operations for applications developed on the main net, or For submission to a minting process which converted a certain number of the utility tokens to a market-traded coin (now known as Green Power).

Tokens were submitted to a blockchain-based queue and every ten minutes a certain number of coins were minted from the submitted tokens. The minting process ended on May 8th of 2019 when all remaining Cycles in the queue were minted out, resulting in a final amount of 3,294,166,501 coins in the system. All coins have been issued and distributed and there will be no more coins ever created in the system.

Unleashing the Power of Decentralized Marketing

You’ve heard all about DeFi, now be among the first to benefit from DeMar. The same decentralized dynamics that are creating such tremendous opportunities in global finance will be making a similarly dramatic impact on global marketing. Green Power is one of the prime ways companies all over the world will start to harness the power of decentralized marketing.

Incentives for the New Economy

The system is simple to set up and can be easily customized for the needs of each participating business and its customers. Participating companies can increase sales and profits and enhance loyalty by connecting their customers to a universal system of blockchain-based loyalty points.

Now on the Ethereum blockchain, Green Power is the leading digital asset in a revolutionary system of marketplace incentives. Green Power serves as the decentralized mechanism for membership within this universal incentive system. Membership benefits are determined by the number of units of Green Power being held in reserve within a decentralized vault system.

The more Power held, the greater the benefits. All participating businesses throughout the world offer a range of special membership benefits. There are no membership fees or annual renewals required to be eligible for these privileges, simply continue to hold the necessary level of Power in reserve within the vault contract.

Since its launch on March 31, 2017, the Green Power main net (called the Power chain) features 3-second confirmation intervals and has produced nearly 30 million blocks. (By comparison, Bitcoin has produced just over 650,000 blocks in its over 10-year history)

Over 150,000 account holders from over 180 countries have purchased a license (minimum of €100) to access and develop applications on the blockchain system. In addition to the rights conveyed with the license, each licensee received a certain number of utility tokens (which varied depending on the level of the license) for use on the main net.

Yukon ($YUKON) Coin Review : It Is Good Or Bad Review 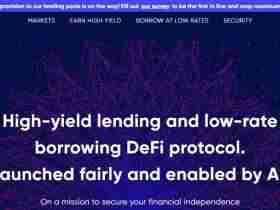 What Is GOLDMONEY(GDM)? Complete Guide Review About GOLDMONEY.