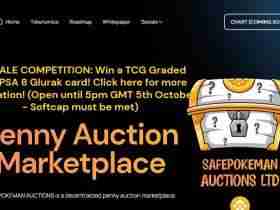 Fcf.io Expected to kick off in 2018, the Fan-Controlled Football League (FCFL) re-imagines American football – and the experience of being a die-hard fan – for the digital age. The FCFL will seek to deliver a compelling football product that captivates a broader digital audience. It will feature fast-paced, high-scoring action that embraces the spread-football evolution of the NCAA football and NFL games while enabling a diverse set of styles and strategies on both offense and defense ─ all controlled by the fans.

Fcf.io Player personnel and real-time play calling decisions are all made by fans via the league’s blockchain platform, making fans the coach and general manager for their team. Fans will no longer be just viewers; rather, they will be active contributors to the games they are watching. This is a transformational shift in the way sports fans engage and interact: no more sitting back and passively watching as a team’s roster takes shape or a game unfolds. They will be essential to the league’s product both on the field and off. This is the democratization of sports, and it’s about to be realized through the most innovative sports league ever created, thanks to decentralized blockchain technology.

The Game Change Team Behind Fcf.io

In 2015 Fcf.io began developing a platform to put sports fans in control of team decisions on and off the field. In February 2017 the first fan-controlled professional sports team on the planet, the Salt Lake Screaming Eagles, made its debut. The pilot test in a little known ten-team indoor football league attracted tens of thousands of fans from 100+ countries, generated media coverage from top publications including the Wall Street Journal and New York Times, and yielded partnerships with both Sports Illustrated and Amazon’s Twitch. By the end of the season, the fans proved their worth, propelling the Screaming Eagles to the 3rd best offense in the league.

FAN tokens are the power behind fan interactivity and engagement in the Fcf.io. All activity in the league relies on FAN tokens, from voting on which coach to hire to real-time play calling during the games. The more FAN tokens a fan owns, the more control that fan has over their favorite team. Fans can accumulate FAN tokens by watching games, calling plays, proving their knowledge, making team decisions and competing against rival fans. Certain top fans of the team that wins the title get a cut of the $1,000,000 and growing championship prize pool and bragging rights over the rest of the league.

Fcf.io is pro football re-imagined for the modern digital world. Real games played in a single, high tech studio arena and streamed live on Twitch. Oh, and YOU call the plays. Scroll down the page to read all about this exciting new brand of football that puts the fans in the middle of it all. A group of FCF players, some selected by the fans and some by the coaches, have a chance to participate in 1-on-1 challenges immediately preceding the FCF Draft. 8 WR, 8 DB, and 4 QB all enter a live-streamed, 3-round tournament for a chance to earn a Team Power. One WR, DB, and QB will earn a Team Power each week, and the Power will go to whichever team drafts the player, adding another element of strategy to the weekly draft.

Players come into the Barbershop to get cleaned up and discuss everything from Fcf.io to the journeys that brought them here, to life inside the bubble. Hosted by Marcus the Barber with an eye always on Twitch Chat, this will provide players and fans with a laid back environment to interact and discuss anything that’s on their minds. Coaches and players gather for a film session to go over the best and worst plays from the previous day’s games. This is a show run by the coaches, which will make for a fly-on-the-wall, organic experience for fans.

They will be essential to the league’s product both on the field and off. This is the democratization of sports, and it’s about to be realized through the most innovative sports league ever created, thanks to decentralized blockchain technology.
Visit Website
Tags: Fcf.io Fcf.io Ico Fcf.io Review 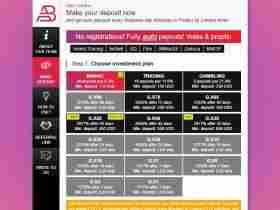