Fair-coin uses a ‘Proof-of-Cooperation’ (PoC) mechanism, which reportedly consumes less energy and enables faster transactions. The project aims to be the most ecologically-friendly and resilient cryptocurrency. FairCoin is a digital currency that is powered by a cooperative grassroots movement. It is a currency that is global, stable and democratic.

Fair-coin Coin implements a fair value-exchange system at a global level. The innovative Proof-of-Cooperation (PoC) blockchain mechanism is the unique consensus algorithm developed for FairCoin. It requires much less energy than other blockchains and also enables faster transactions. They are proud that FairCoin is now the most ecological and resilient cryptocurrency available.

Very low power consumption even with hundreds of transactions per minute

Transaction visible within seconds, full confirmation in less than 3 minutes

Fair-coin Coin not yet available, expected in summer 2018. If you are a programmer and want to help with that task, a good starting point may be to adapt copay or fairbread.

Go to faircoinpaperwallet.com and create an offline wallet. Select “Faircoin” in the top right menu, print, cut and fold it. The random address is unique and you can store any amount on it. You can clear the paper wallet with the Android App (all stored amount at once).

How ‘Proof of Cooperation’ algorithm works

On July 18th 2017 the new ‘Proof of Cooperation’ algorithm was introduced to FairCoin and with this an energy-saving blockchain which facilitates cooperation instead of competition. With the innovative PoC algorithm block creation and network security is made by ‘Collaboratively Validated Nodes‘. The consensus rules determine which CVN has to create the next block. Each CVN approves that CVN by digitally signing a piece of data which contains its unique ID. After the respective CVN has received all the necessary signatures, it takes pending transactions and forms a new block which is then stored in the immutable and distributed blockchain database.

Blockchain for a fair currency

Fair-coin is based on an innovative piece of blockchain technology, a change which took place in July 2017 from a ‘Proof-of-Stake’ protocol to a ‘Proof-of-Cooperation’ (PoC) mechanism. It not only requires less energy and enables immediate transactions, but also implements technically a trust network with democratic values.

Communities decide autonomously how to reach common goals. Usually in open assemblies everybody can participate and make proposals for developments, changes, or projects to work on. When a proposal passes consent, the respective proposal maker and the relevant working groups will take action. They organise  FairCoin global online meetings, virtual network meetings (such as the FairCoop assembly) and physical local hub meetings. Here is a non-exhaustive list of communities, associations and networks that facilitate FairCoin:

Fair-coin Coin is the means of exchange used by several confederated collectives. Our aim is to create an innovative glocal economic system from the bottom up in favor of an alternative and post-capitalist model, paving the way for a collective change towards a life based on values in common. Cooperation, ethics, solidarity and transparency are key factors to create a value exchange system for everyone. The development and use of powerful interconnected global digital tools and regional hubs are crucial for the success.

What Is Ariva(ARV)? Complete Guide Review About Ariva. 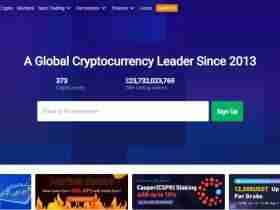 Huobi.com Crypto Exchange Review: It Is Good Or Bad?