From finance to energy supply, the way Electrinity invest in assets has changed with the arrival of cryptocurrency and tokenization which came into being as a result of blockchain technology. The advent of blockchain technology has changed the conventional method of doing things across several industries; finance, asset management, supply chain, and even addressing
environmental sustainability challenges. The new token economy offers the potential for a more efficient and fair distribution of assets and infrastructures by greatly reducing the friction involved in their creation, distribution and usage.

Blockchain also guarantees the transparency and security of the transaction, which remains permanently recorded in the distributed ledger, allowing all parties to audit the results. This technology also makes it possible to work under smart contracts which are performed automatically when both parties fulfill the agreed terms, thereby cutting out intermediaries and simplifying the process. Electrinity believe blockchain is a key tool to speed up the process of carbonizing the world and make the supply of green energy more efficient, flexible and transparent as well as reward/incentivize the usage and consumption of 100 % renewable energy.

Electrinity (ELIT). Electrinity is an enterprise that aims for the world of cryptocurrencies and renewable energy to work together. Electrinity strives for generalizing the usage of electrical energy which is a more clean energy alternative regarding the developing world and Electrinity future in the long run. ELIT develops projects for the sake of realizing this goal.

ELIT Token will provide you with the chance to charge your vehicles at charging stations at a lower cost with the commercial trade agreements Electrinity has made. Electrinity plans to cooperate with the world’s biggest digital asset markets in order to bring into existence a hassle-free payment card.

Low market cap – You will become an early investor in a project that possesses the potential that is of grandiose nature. Electrinity provides a profit margin to those who bought Electrinity Token in the pre-sale.

The current Electrinity ecosystem, which is under the infrastructure of Binance Smart Chain, with the cryptocurrency that bears the name ELIT and is aimed at the future of sustainable energy resources, will primarily operate on decentralized stock markets. ELIT will be under the same roof to be traded alongside other cryptocurrencies.

With the mobile application that Electrinity will develop and the debit card that bears our name, Electrinity allows for the purchase of more energy at a lower cost at the constructed charging stations and makes you earn exclusive rewards.

ELIT Token is a project designed to provide both payment and API services supported by cryptocurrencies and exchange rates. Electrinity will cooperate with the industry-leading brands and become a bridge that connects these brands to the world of cryptocurrencies.

Electrinity seen a real shift in customer perception of electric vehicles, and your demand is the best ever seen. There is work to be done before electric vehicles drive their petrol and diesel rivals off the road. Most importantly, everyone needs to be able to charge their cars easily and cheaply whether or not they have a driveway at their home. That will take work and investment, but will happen, just as a vast network of petrol stations rapidly sprang up to fuel cars a century ago. 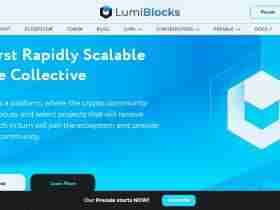