What Is Dune Network (DUN)?

Blockchain technologies are a huge opportunity for businesses, yet, a dangerous one. The short history of blockchains is sprinkled with stories of huge amounts of tokens being either stolen, or just lost, because of security or safety issues. It’s all the more unfortunate that modern technologies can be used to prevent most of these problems, through strong static typing, program verification, or code certification. Very few blockchains have taken security issues seriously. Here, gather both, security and safety, under the more generic security term.

The Dune Network ledger is among them. It uses OCaml, a powerful, yet, very secure programming language as its building language, while exposing a simple and semantically sound low level language for smart contracts called Michelson. Also, it uses proof-of-stake (POS) instead of the energy consuming proof-of-work (POW), in a variant called Liquid Delegated Proof-of-Stake, for its consensus algorithm, and an on-chain governance for software amendments.

Dune Network is also known as one of the biggest ICOs of 2017. Unfortunately, security technologies are often dicult to use. Very few blockchain developers are able to develop smart contracts in a language designed for security and safety; it becomes a real issue for mass adoption. Dune Network is a multi-Language blockchain. Dune’s initial ecosystem has been built to onboard, train, and proactively support developers targetting the Dune Network.

In addition to high-level languages on top of Michelson, it provides the ability to develop smart contracts in several other programming languages, ranging from low to high safety, aiding the developers progressively raise the safety and correctness standards of their contracts as they get acquainted with Dune’s technology.

In traditional financial entities, drastic measures and protocols are in place to manage security risks. Surprisingly, while competing with these entities for the future of financial markets, few blockchains have taken security seriously. Stories of fraud or fraudulent loss are numerous, sometimes for tens or hundreds of millions of dollars1,2. Dune Network considers security as a critical concern.

It is addressed through several means, some of which are already deployed and functional. Dune Network Among them, is the choice of statically- and strongly-typed programming languages for the node implementation and the for Smart Contracts. Other means include the development of formal-methods tools for the verification and the certification of code, both, within the implementation, and the Smart Contracts.

All programming languages are not equivalent: some display a smooth learning curve, whilst others focus on productivity through expressiveness, or on robustness and safety. All languages make a compromise between such qualities. The heart of Dune Network, the code of the node, is written in OCaml. OCaml is a 30-year old multi-paradigm programming language, with a prime focus on expressiveness and correctness. Expressiveness comes from the use of a core language with semantics close to a mathematical speci cation.

Dune Network makes expressing complex ideas as easy and short as writing a mathematical formula. Correctness comes from the use of strong static typing that enforces a strong discipline on the use of values and functions, ensuring that all function calls are verified at compile time and guaranteed to never fail for type errors.

The combination of these two qualities makes OCaml a language that is as concise and expressive as Python, yet, significantly safer without writing as many tests. OCaml users are usually recognizable by their faith in their code as soon as the compiler accepts it.

Most of these losses could have been avoided with the use of formal methods. Ethereum introduced the possibility to write Turing-complete Smart Contracts. This power comes with additional vulnerabilities, especially with programming languages having loose semantics, such as Solidity. Now, there are numerous examples of huge losses on Ethereum, starting with the USD 50 million loss of The DAO in June, 2016, and many others such as the Polkadot loss of USD 90 million in November, 2017. 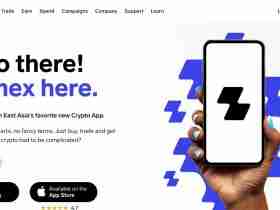