What Is Cap (CAP)? Complete Guide Review About Cap.

What Is District0x (DNT)?

They also introduce the District0x Network Token in order to facilitate open participation and coordination across the network while providing protections from malicious actors. The district0x Network Token is a multi-utility token which is required for application to the district0x Network, utilized in an incentivized voting game to dictate access to a suite of ancillary services exclusive to network members, used to signal support or disapproval for proposals made by network participants, and which can be staked to deposit pools to mint tokens providing district-specific rights on third-party platforms.

While customers of these services have enjoyed lower prices and better user experiences relative to those available in the past, they are still subject to higher costs than they would be without for-profit third-parties extracting fees and they have little say over the evolution of these platforms. Despite business models relying upon sustaining massive user bases that allow them to operate at scale, users have no means of participating in the value creation reaped from their use of these centrally controlled platforms. Until recent advancements in trustless network design, network participants had few reliable means for self-organizing without a centralized party.

The second district to be deployed to the District0x Network will be Name Bazaar, a peer-to-peer marketplace for the exchange of names registered via the Ethereum Name Service. Name Bazaar intends to provide an easily discoverable registry of ENS names that have been made available for purchase by their owners. Amongst available options, owners will be able to choose to open customized auctions or list their names for sale at fixed prices. Sellers will have the option of setting their prices in ETH or any ERC20 token. Name Bazaar will also allow for the trading of subdomains, enabling the exchange of usernames in decentralized applications such as Status and organization names in the Aragon Network Company Registry.

Following the launch of Meme Factory, the District0x team intends to continue to introduce new districts to the Network. The Network makes use of an open proposal process, allowing all community members to submit ideas for new districts via the GitHub. The Network Token offers a means for network participants to signal which districts they would like to see built and deployed to the network next, enabling holders to coordinate around ideas which will add the most utility. Signaling is currently facilitated via the District Proposal Voting dApp, a customized implementation of Carbon Vote.

The District0x Network will ultimately be comprised of global marketplaces and hyper local communities alike. The district creation platform will provide users with an easy to use interface to design and deploy their own districts to the Network. The district creation platform will provide a way to customize the parameters of the smart contracts powering a district and will offer numerous UI options to support a wide variety of markets and communities. The district creation interface will feature an auxiliary module directory, similar to the Apple App Store, to allow for the easy discovery of plugins that extend the functionality and utility of districts.

District0x is an open source framework comprised of Ethereum smart contracts and front-end libraries that govern the deployment of new districts to the network and provide their baseline functionalities. Each district’s backend logic will be controlled by a combination of d0xINFRA contracts shared by all districts on the network and a set of district-specific contracts. Similarly, for the front-end, districts will share reusable components where possible, primarily ‘under-the-hood’ front-end logic, while still allowing for broad visual UI diversity.

The district0x Network seeks to be home to a vast array of markets and communities. In
accordance with this vision, d0xINFRA has been designed as an open and extendable
modular system that allows districts to implement unique features and enhanced
functionality via the plug-in of auxiliary modules (covered in the following section).

District0x One could imagine a third-party service deploying a module to offer financial guarantees on arrangements between users of the platform in exchange for a fee. An example of an auxiliary module that can enhance the user experience of a district is a moderation mechanism that allows for the flagging and take down of spam, malicious links, or explicit content. Districts will decide on a district by district basis what auxiliary modules are implemented via their governance processes. 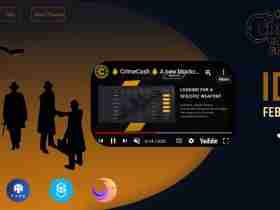 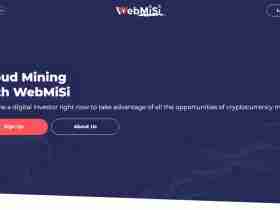