What Is Solvent (SVT)? Complete Guide Review About Solvent.

What Is Dino EGG (DINOEGG)?

Dino EGG is the ultimate key to enter the Dino verse. It is issued as a fungible token which allows for the minting of Dino NFTs through a process which creates, incubates, and hatches eggs. The Dino NFT is intended to have a game dynamic to it whereby the NFT’s are characters in a game, and provide additional capability within a game. Metaverse is a term used to describe a shared virtual environment. This virtual environment can cover a variety of different worlds.

Dino EGG While no one knows for sure what the meta verse will look like, some of its characteristics are already established. It will facilitate a shared virtual experience that has many compos able elements that are transferable to different worlds e.g., user owned assets like avatars and other digital goods.

Without central control by a big company, a government or an individual; blockchain technology allows the creation of an open standard for digital money and digital worlds. Cryptocurrencies and NFT’s can be used as the base building blocks to build worlds that are governed and monetized by the use of smart contracts. One where players can login with their self-sovereign identity and truly own the assets that they are entitled to.

The ultimate goal is to create a Dino metaverse. It will consist of different components to cater to a wide range of audiences. The main component will be a Dino game where players can interact with each other while using their own Dino NFT’s as their in-game character. Essentially creating a ‘play-to-earn’ model where players are rewarded for their time and contributions to the community. They will be able to participate in tournaments in a decentralized manner to earn rewards in the form of tokens.

There are a few good examples of successful ‘play-to-earn’ crypto games, for example Axie Infinity, that prove that this business model is viable. However, one bottleneck for Ethereum based crypto games is the level of congestion on the network resulting in them having to resort to L2’s or custom scaling solutions. Dino takes a different approach by establishing the Dino verse on Solana with the aim to become among the first crypto games on this high performance network.

The first stage revolves around community & token creation. A marketing campaign is started to attract people and incentivize them to help build a vibrant community. During this stage a Dino trading platform is created that provides an accessible way for people to speculate on Dino assets. The Dino token experiences its first price discovery which sets the initial valuation of the Dinoverse.

During the second stage the initial staking contract is created. This marks the introduction of the mysterious Dino EGG token. Eggs are earned by staking Dino tokens. The ‘staking & reward’ is the first implementation of the ‘play-to-earn’ model which will continue to be adopted in later stages.

The third stage introduces the most important feature to the Dino metaverse: ‘the release of the Dino EGG NFT and the Dino NFT’. The trading platform will expand and support all Dino tokens & NFT’s allowing new community members to easily be acquainted with the early meta verse. Dino Egg NFT can be hatched to get a uniquely generated Dino NFT. Dino Egg NFT will be a 1:1 swap of Dino Egg tokens which rewards early stakers.

The Dino EGG is the main platform where people can trade Dino & Egg tokens and all Dino related NFT’s. Initially forked from a Serum Dex UI, it will evolve throughout the different stages to become a market aggregator for any Dino-related asset. Serum is a protocol and ecosystem that brings unprecedented speed and low transaction costs to decentralized finance. The Dino Dex composes with Serum’s on-chain central limit orderbook to share liquidity and power markets-based features for users. 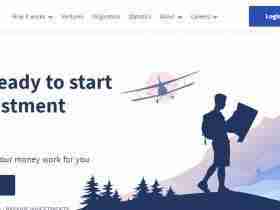