CyBloc Battery Token(CBT)Space Boy Fusk has finally defeated Big Boy Bogdan and Father Hays, allowing CyBlocs to roam freely within the Earth. What’s the first thing to be done? Start up their own world game association, of course! Enter the world of CyBlocs Cyborgs on the blockchain. CyBall is a futuristic football-themed (US: soccer), NFT-based game where users can collect and form a team of CyBlocs and face off against other teams online, or trade and mentor new CyBlocs within the CyBall’s ecosystem. Initially, the game will launch on BNB Chain with immediate plans to launch on Solana as soon as it is ready to create a multi-chain gaming environment.

CyBloc Battery Token(CBT) game engine combines different elements of strategy, simulation and chance into the form of an exciting and competitive turn-based football card game, where players compete to see who can score the most goals. Players train up their CyBlocs to compete in various game modes with varying levels of rewards. Existing CyBlocs can also mentor young CyBlocs, creating the next generation of unique NFTs. In future expansions, they aim to give players more ways to spend accrued rewards, both in CyBall and in the wider CyBloc universe.

The CyBall team is made up of seasoned blockchain experts that have been involved in, or are currently developing, some of the industry’s earliest infrastructure. With DeFi having been shown as one of the first genuine use cases of blockchain technology, believe that gaming is the next big revolution.By having important elements of the game stored on-chain, blockchain and especially NFT-based gaming will relieve some of the issues currently present in traditional gaming such as provable ownership and trustless item transfers.

Skills are a CyBloc’s footballing talent stats, which are used as Key Event criteria (refer Match Engine Mechanics) during matches to determine which player wins the round and potentially scores.The six (6) footballing skills of a CyBloc are: Tackling, Passing, Dribbling, Crossing, Shooting and Physical. CyBlocs are all born with a base rating for each skill (i.e. at Level 1), which is randomly generated based on their Classes.A CyBloc is given 1 free skill point at every level (including level 1) up until max level at 100. These free skill points can be assigned to any of the CyBloc’s six skills, up to a maximum of 60 skill points per skill.

As shown in the table above, the upper limit (maximum) for the sum of all six skill ratings of a Legendary CyBloc at Level 1 is 325 and at Level 100 is 425. Using this maximum possible sum value of 425, an overall rating can be determined by summing up a CyBloc’s skills and then divide it by 425. This overall rating is important when it comes to Exhibition Matches as only teams of CyBlocs with similar average overall ranges can compete against one another.

Traits are inherent abilities that CyBlocs are born with and are independent from (i.e. higher Class does not mean better traits and vice versa). A CyBloc may have one, two or three traits. Traits can affect a multitude of areas from gameplay mechanics to potential rewards and are stackable should a CyBloc have multiple traits of similar or related effects. They also vary in rarity: common, rare and super rare. As will be mentioned in the section, a new CyBloc is much more likely to inherit the traits of its mentor(s). The new CyBloc may also gain a trait naturally without the mentor having it, although the probability for this is much lower. 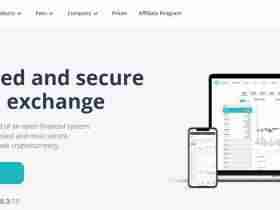 Cex.io Crypto Exchange Review: It Is Good Or Bad?

What Is Armada(ARMD)? Complete Guide Review About Armada.