Every CryptoMotorcycle is represented by a non-fungible token (NFT). Owning this token means you are the sole owner of this motorcycle. Motorcycle use standard BEP-721 to create NFT Token. That can help players easy to manage their NFT across Binance Smart Chain ecosystem. New players need to buy a motorcycle on Marketplace to start playing game. When completing the mission, the player will receive materials to upgrade level or build a new motorcycle that can be sold for money. Players can participate in tournaments. The winner will get rewards like materials, tokens. Details on this feature will be updated in early Q1 2022.

No Transaction Fees: All players transactions will be done without any blockchain transaction fees. This saves your players money.

High Performance: All transactions can be done instantly without waiting time like blockchain systems.

Queryable: That friendly with coins developers.

All Blockchain Characteristics: Decentralization & Immutability that make your players data is safe and transparent on BigchainDB. No one can change the data after it is initialized on BigchainDB.

CryptoMotorcycle is designed to be a game where the player controls the development of the game through the Staking CryptoMotorcycle Token. Players also receive token rewards for participating in governance activities. One of the biggest savings in the game, will be the limited motorcycle, and one of the biggest way to win parts for other production, will be the Staking.

How to use mobile game on Android & iOS?

The mobile game on Android & iOS will coming soon. Please follow to CryptoMotorcycle roadmap. Wealth is for those who have courage and determination, that is the path to success, those who are afraid to take risks do not deserve to succeed. There is no such thing as a success pessimist, if you think you can make it, then you will make it.

CryptoMotorcycle team is made up of the best 3D developers and the best BlockChain developers. Technical architectures and technologies are used optimally by us.Like how Binance made Binance Bridge: https://www.binance.org/en/bridge to connect Ethereum blockchain and Binance Smart Chain.

When you gain enough experience points, you can use materials to upgrade your motorcycle level.

When level is upgraded, the following stats will be increased:

When participating in virtual races, the motorcycle will need to spend 15 fuels.The virtual race results will be calculated by the system based on the player’s motorcycle stats points. Players can join 5 Virtual Races every day. The rewards for winners:

As a player in CryptoMotorcycle your mission is to win races (PvP, PvC racing) to get experience points and materials. To participate in a race, motorcycle need fuel. Daily, fuel will be automatically refilled. When you gain enough experience points, you can use materials to upgrade your motorcycle level. Materials & motorcycle can be sold on Marketplace. Build your crypto Motorcycle and enjoy your adventure in the unlimited world. CryptoCars and Axie Infinity. Nft Blockchain Technology that helps prove your ownership of digital assets. 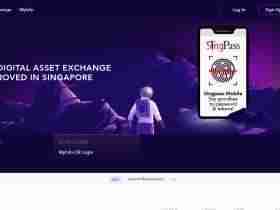 Ecxx Crypto Exchange Review: It Is Good Or Bad?