CryptoBlades Kingdoms will be a 5000×5000 area, with 25 million claimable territory locations. This large area will be subdivided into 50×50 chunks for a total of 400 “chunks”. The entire world will reside on one blockchain per game instance, but there may be multiple game instances across multiple blockchains. The game will be on BSC, but plan to expand to others. The world will visually be represented as hexes instead of the traditional tiles. Each claimable territory node can have a village or a dungeon (or be empty). All villages will have 3 primary resources: stone, clay, and wood. These resources are used to upgrade and construct new buildings as well as recruit troops.

CryptoBlades Kingdoms is a modular additional game to CryptoBlades. It brings a persistent browser-based game (PBBG) game to the CryptoBlades universe. A PBBG is similar to a 4x game: it allows you to explore lands, expand your kingdom, exploit the lands resources, and exterminate your enemies. However, in CryptoBlades: Kingdoms, they’re putting a unique twist on PBBG gameplay utilizing cryptocurrency.

What villages can do in CryptoBlades: Kingdoms

Villages are what players use to interact with the world of CBK. Every player starts with exactly 1 village, which can either be bought from the market or freshly minted.

CryptoBlades Kingdoms town hall is the main building every village has. Here is where new building construction and upgrades are managed. To increase the level of a building, the Town Hall must be at least that level. If an upgrade is cancelled a proportional amount of resources will be returned back based on how long the upgrade takes, and how much time has been spent so far. The Town Hall can queue up to 2 building upgrades at a time. The Town Hall has a max level of 10, and higher levels allow the village to build higher levels for other buildings.

CryptoBlades Kingdoms Barracks is where a player can view an army and recruit more units to it. Units have a recruitment time ranging from 5-30 seconds per unit, as well as a material cost. There are 5 units: Bruiser, Mage, Archer, Paladin, and Mercenary. More information about them can be found here. The number of units that can be recruited is capped by the level in the Farm. The Barracks has a max level of 10, and higher levels increase unit recruitment speed.

CryptoBlades Kingdoms is how the kingdom is expanded. Here, missionaries can be recruited – these units can be sent to lands near or far to claim them for a kingdom. Training a missionary takes a long time, however – 3 days. Once a missionary is recruited, it can be sent off to an unoccupied land to claim it. Beware, missionaries are slow! The missionary does not count towards the Farm unit cap. This building is unique in that only one can recruit at a time per wallet. The reason to have multiple would be to expand from different locations. 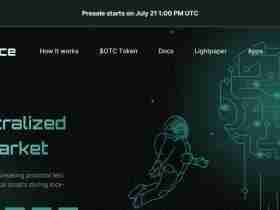 OTC Space Airdrop Review: Also Get 1 Entry for Each Referral. 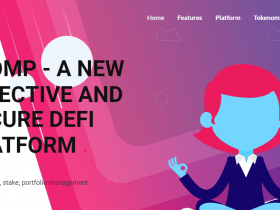