What Is CRYN (CRYN)?

CRYN is a cryptocurrency that emerged with the digital financial evolution helping human rights development, branding the gap for a better world to archive a healthy environment, without hunger, enriching the rights to learn and respect the nature of each culture achieving sustainable social development for new generations.

CRYN Every time you acquired a CRYN, with your investment, solve the great gap of social differences, your purchase becomes less hunger and more education for the most needy population centers of world, this effort will be reflected in everyone’s future. Cryn value is given by destiny not the origin.

The main mission, stop poverty to meet the challenges of the community or communities that serve worldwide, through the services and programs that create specifically to combat poverty and hunger, rehabilitate and empower battered and abused women, children, the elderly.

We support endeavors and projects aimed at maintaining the integrity of individuals and families in terms of their physical, financial and socio-cultural needs as a whole. Educate to improve our future and that of our planet, teaching how to avoid climate change and global warming.

The CRYNCOIN is in the spirit of helping the community and enhancing the lives of those we serve, looking how to teach the way to be sustainable respecting the natura. CRYNCoin Is the first blockchain token based in investing in community driven Original Native Citizen Social and Economic development Initiatives.

Aware that poverty is nearly more and more producing social problems due In terms of education, poverty is growing, and as a consequence crime and ignorance are growing in society, our team worried about making a change in the society as a hole, has created a digital means of union of interests, live on a planet all must take care of avoiding at all costs, devastation and pollution, is where a rapid means of union is required, which creates opportunities for the most disadvantaged and stability for those who already have their personal wealth.

One of the main factors of global warming is the indiscriminate production of energy through the burning of fossils that cause pollutant emissions, through investments in CRYN encourage and support the production of energy through non-polluting and self-sufficient equipment making it possible to have very cheap energy to places where it was previously impossible to reach.

Once released, carbon dioxide stays in the atmosphere for roughly 40 years, though its effects stay much longer; other gases, like methane, are even longer-lived. The cumulative effect is to raise the planet’s temperature. Heat from the sun that would otherwise escape remains on Earth, warming the oceans, land, and air. As temperatures increase, the planet changes. The seas rise. Droughts and wildfires grow worse. Extreme weather becomes more common. Eventually, entire regions become uninhabitable.

Around the world, Down Jones, Nasdaq, brokerage houses became civil regulators based on speculation, opportunism and rumors. Intermediaries (stock exchanges) do not have to raise or lower the price based on the before mentioned with the pretext of making the shares of a company public without taking into account the costs of the same to produce a product or service.

During the history of the stock market, thousands of companies have gone bankrupt due to simple speculation, simulation, rumors, etc. These times will change the world economy, with the evolution of the means of payment (which is already underway) that are not at the will of governments, businessmen, stock exchanges, this came with Cryptocurrencies making it completely clear that they have a base cost.

For the complete version of this white paper please download it from the top, also apologies for the inconvenience of some automatic translations. 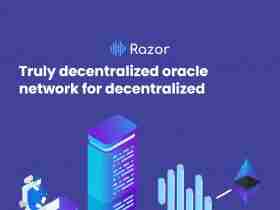