What Is Steem (STEEM)? Complete Guide Review About Steem.

Coti.io markets itself as the first enterprise-grade fintech platform that empowers organizations to build their own payment solutions as well as digitize any currency to save time as well as money. one of the world’s first blockchain protocols that is optimized for decentralized payments and designed for use by merchants, governments, payment DApps and stable coin issuers. Pay is the first application. It describes itself as a fully encompassing finance on the blockchain. The COTI Group launched in March of 2017, while the Staking Platform Launched on Jan. 1, 2020.

It is an ecosystem that is designed specifically to meet all of the challenges associated with traditional finance, including latency, fees, global inclusion and risks. This is done through the introduction of the DAG-based protocol as well as infrastructure that is completely scalable, private, inclusive and fast. The ecosystem has DAG-based blockchain, proof-of-trust consensus algorithm, multidog, GTS (Global Trust System), a universal payment solution and a payment gateway.

Coti coin can process over 100,000 TPS, compared to 25,000 TPS in traditional payment systems and up to 20 TPS in common blockchain protocols.

The user and merchant-facing tools are seamless and extremely easy to use.

They provides the first ever dispute resolution system to safeguard users against errors, fraud and counterparty abuse.

Coti.io cuts out intermediaries and eliminates the need for costly mining, which drastically reduces costs and energy consumption.

The creating price stability technology, which is necessary for the mass adoption of blockchain for payments.

The distributed ledger technology eliminates a single point of failure for enhanced security.

The developed an end-to-end solution for building blockchain-based loyalty networks to increase profits and customer retention. Users will be rewarded with loyalty tokens added to their wallets, while businesses can create new revenue streams.

Staking model is built to be competitive to DeFi income models and provides a means to generate a steady income from the process of transaction approval in the network. The transaction distribution model defines how the probabilistic of transactions are set within the network and introduces the metrics used and taken into account by the node manager to balance and set the fairness factors while choosing the full node that will process transactions and collect the fees.

Coti coin pay can process all payment types, both online and offline, including crypto and stable coins, credit cards and even a merchant’s native coin. It also has built-in financing with interest earned on deposits and business loans.

Blockchain isn’t yet a solution

Instability, complexity and lack of scalability keeps it from the masses. There is a strong need for a robust payment system that is as seamless and scalable as traditional payments, while being as cost-effective and secure as blockchain

The ultimate power grid of payments

Coti.io In an era of “everything digital” currencies remain outdated. Currently, it’s cheaper to pay in cash than to use banks, PayPal, Alipay and the like. the first enterprise-grade fintech platform that empowers organizations to build their own payment solution and digitize any currency to save time and money

The platform enables companies to effortlessly create advanced fintech products and save time, data, and money At the core of infrastructure lies the Trust chain, a proprietary consensus algorithm based on machine learning.

Tags: Coti Coin review How to buy Coti.io How to sing up Coti.io 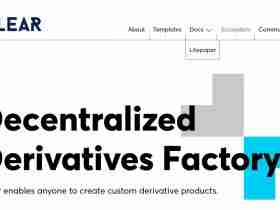