What Is DePo (DEPO)? Complete Guide Review About DePo. 

Civicpower Coin has developed a new way to vote from a smartphone that makes it impossible to tamper with or contradict the ballot. Their mobile application simultaneously allows a voter to: remain anonymous, check the content of his vote, see his vote in the global count. With their distributed ballot book technology, the user can trust the non-centralized voting system unable to modify the votes of the participants.

All votes are also publicly verifiable in real time, allowing anyone to recount them via the public distributed poll book. Each participant has a unique and anonymized identifier allowing them to verify their participation without revealing their identity.

HOW DOES IT WORK?​

Civicpower is a secured mobile voting solution. They keep the ballot secret and anonymous while making its content verifiable by all participants, as well as the overall ballot count.

GET POWER AND TRUST AT THE SAME TIME

$POWER is Civicpower Coin utility token: it empowers its users through a trusted voting platform. Civicpower plateform is fueled by The Garage, a new blockchain-focused incubator based in Paris (yes they are French, and so what?). $POWER tokens can be used in Civicpower’s ecosystem to pay for all voting operations and other services already available or planned in the roadmap.

It also allows users to make donations to keep the platform free for the general public and associations in order to promote participative digital democracy. The platform is free for individuals and always will be. They need to finance the growth while remaining independent of any public or private influence or pressure. This is why we need your participation.

Each quarter, Civicpower will publicly buy back >32%+24% of the EUR revenues in $POWER on the market and burn half.

Find Civicpower Coin all the documents in download to know more about the project which animates us.

What they believe in and that deeply structures the approach.

Operating rules of the $POWER token and its ICO – info about the team working to achieve the goal.

Civicpower analysis of the European market and of the opportunity the POWER represents.

To allow end-to-end integrity of the ballots, data are proved in public protected blockchains. But it was not enough to allow performance and cost optimisation. This is why Civicpower platform is based on Precedence, an open-source blockchain stack using Merkle Patricia Tree to structure proven digital vote at scale.

Civicpower have to vote, more than half of us do not. What better system to govern the life in society? The law of the strongest? The most popular on social networks? At Civicpower, they believe that profound societal changes will be made possible in a peaceful way by new technologies that enable a collaborative environment of trust.

They are committed to :

• contributing to the development of digital democracy and new forms of citizen participation through a secure personal solution.
• ensure the integrity and public traceability of votes,
• guarantee the independence of the platform and the transparency of the activity,
• promote democracy, including among the youngest, with a free mobile application that does not sell advertising or data.

ZeroSwap (ZEE) Coin Review : It Is Good Or Bad Review 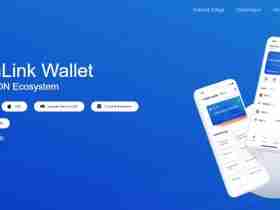 Tronlink Wallet Review: It Is Safe Or Not ? Read Our Full Review