What Is Cindicator (CND)?

Cindicator creates the social and technological infrastructure needed to make effective decisions under the volatile conditions of the new economy. By combining a large number of diverse financial analysts and a set of machine learning models into a single system, they are developing a Hybrid Intelligence infrastructure for the efficient management of investors’ capital in traditional financial and crypto-markets.

Cindicator People have long tried to resolve this issue in all areas of business by using various technologies with varying degrees of success. Investors and traders try to predict future share prices or company success to increase the profitability of investment deals. Political analysts try to predict the results of presidential elections, while corporations put a great deal of resources into attempts to foresee future technological trends. Many of them have already used intellectual crowd sourcing to undertake these tasks to a greater or lesser extent. Let’s take a look at the existing solutions.

Now imagine the collective intelligence of professional investors combined with Cindicator intelligence technology, which, based on the use of a large volumes of data in real time (including the number of exits, the stock market situation in a spec area, the state of the labour market, and even the behaviour of startup founders on social networks), adapts to current market conditions and produces signals for entry or non-entry into a deal, free from emotional factors. Most investors at the pre-seed and seed stages admit that emotions are still the main drivers in investment decisions.

What is Hybrid Intelligence?

This is not only due to the criterion of speed in decision-making – namely, the question of why one should waste time on simple tasks that can be resolved by both individuals and simple mathematical methods and algorithms? It is also related to the complexity of the tasks and the level of uncertainty in the systems used to resolve them.

Most investment venture deals are closed by syndicates at the moment. This means that several investors take part in one round of the deal at the same time. This trend has been increasing year on year. In addition to syndicate deals – which involve partner venture funds – Cindicator associations and collective investment clubs emerge each year (Angel-List is the most famous example). Why do venture (and other) investors prefer group deals rather than individual ones, despite the fact that sharing a protable investment with one’s competitors seems to make no sense?

One of the reasons for such deal structures lies in the use of collective intelligence systems for risk hedging against the potential mistakes of group thinking. This could happen when an investor makes the wrong decision about a deal based on a false insight, trend, or insufficient competence in a given area. In a syndicate, a set of competencies and the investors’ previous experience can be very different, which allows them to view the startup as a whole, as well as looking at the team and the potential risks from various angles and to cancel the deal if there are sound reasons to do so. For most venture investments, the best deal is a deal that has never been done before.

In a renowned scientific paper, researchers created a game in which each player with a different degree of knowledge could take part in molecular docking (a process that helps predict the structure of a future chemical element with certain desired properties). The symbiosis of these two types of intelligence could, in this case, efficiently downplay the disadvantages of human ’emotional’ approaches by strengthening the decision-making signal with a number of decentralised data analysis points. Using such a method is reasonable in systems with higher uncertainty and highly complex of tasks, for example in bio technologies.

Cindicator Each project participant could bind a molecule of the protein together in any way. Using this crowd sourced data from a variety of experts combined with virtual screening (computer modeling and machine learning) enables scientists to create new medicines by combining a molecule (medicine) with a target protein (cancer target). The synergy of the two types of intelligence allows humanity to invent medicines for diseases that were once incurable. 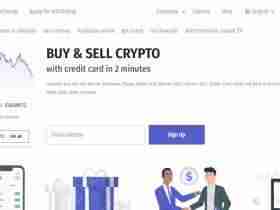 Latoken Exchange Review : It Is Good Or Bad ?