ChainX (PCX) the earliest launched project in ecosystem, is based on Substrate which is a blockchain framework development platform designed by the Parity team led by Gavin Wood, Ethereum’s former CTO. It has universally applied State Transition Function (STF) and modular components to reach consensus in terms of network and configuration. In addition, it conforms to the standards and conventions of the underlying data structure, in particular the Substrate Runtime Module Library (SRML), which allows rapid creation of a new chain. And attributes a substantial part of its growth and progress to the universal applicability of the Substrate framework.

ChainX (PCX) is committed to the research and application of Bitcoin layer 2 expansion, digital asset gateway and Polka dot second layer relay chain. In terms of governance and operation, adopts a dynamic asset mining model for safe governance and efficient consensus; in terms of technical implementation, manages to cross mainstream cryptocurrencies onto chains with different structures through the “light node + trusteeship” scheme and forms a digital asset gateway through its decentralized Bitcoin trusteeship and interchain mirroring mechanism to make grounds for transactions of all sorts of cryptos on the same chain; besides, as the second layer of Polka dot, dissects multi-chain frameworks, builds parallel transfer bridges and facilitates transactions among multiple parties

ChainX (PCX) The initial version of is based on Substrate 1.0 and operates smoothly for one and half years. After Polka dot 2.0 was officially released, spared no efforts to upgrade its mainnet and launched the 2.0 version at the end of November 2020. On the base framework of Substrate 2.0, 2.0 combines and coordinates various functions like hybrid PoS consensus, on-chain council governance, Was virtual machine, native execution of smart contracts, efficient light-client protocol, Offchain worker, and multi-signature, what’s more it is highly compatible with Polka dot

ChainX (PCX) One Asset One Vote” mining model, pioneered by PoS consensus and adopted by stipulates that no ICO is planned and assets like BTC, ETH and EOS deposited by users through inter-chain technology should participate in mining at their market value along with the native token. For fear of unfair competition, pre-mining practices and computing power monopoly are prohibited with a fair distribution system of PCX whose generation model follows the footstep of Bitcoin, gradually halving the supply of new coins. Digital assets crossed onto can be traded with other tokens on DApp exchanges, associated with Bitcoin financial derivatives and generate fair prices in terms of assets’ market value for mining.

Bitcoin, with a market capitalization on its way to reaching US$1 Trillion, holds the key to the digital currency world. Its value proposition is enabling further and deeper blockchain technology breakthroughs, validating Bitcoin as a payment method and a superior way of transferring and storing value; in the eyes of many, they have only seen the tip of the iceberg in terms of its full potential. is deeply committed to researching and expanding Bitcoin’s Layer 2 financial platform, striving to promote Bitcoin’s value flow, enrich financial derivative opportunities and improve hedging tools.

The The ChainX asset gateway is composed of two parts: decentralized Bitcoin trusteeship and inter-chain asset mirroring. Users deposit and collateralize bitcoins for X-BTC and use this in transactions with synthetic assets of other cryptocurrencies, growing to a wide range of cryptocurrencies that can be exchanged and traded on the same chain.

ChainX (PCX) Parachains are developed using different types of blockchain technology. Relay chains are responsible for safeguarding the network’s co-sharing consensus and facilitating inter-chain transactions among parachains. The relay chain itself does not deploy any applications. Parachains are the ones that develop and deploy applications.

Polkadot’s focus on the efficient, inter-chain connection within its ecosystem advances all blockchain development to a new level and it looks set to usher in Blockchain 3.0. ChainX will run as the second-layer network to Polkadot after it releases version 2.0.

The module is based on the native token PCX. For the most part, it includes functions performed by PCX such as staking, paying fees, on-chain governance, distributing inter-chain mining rewards, and backing Bitcoin financial derivatives. PCX is related to most programs running on ChainX.

This is an ‘entering or exiting’ module for different chain assets and the X-Tokens. It includes an inter-chain transaction verification system, on-chain mintage program, trusteeship program, and a deposit and withdrawal program for the X-Tokens.

ChainX (PCX) cryptocurrency PCX (Polkadot ChainX) issued by ChainX has a fixed total supply of 21 million. In the initial dividend round or the first 210,000 cycles, 50 PCX is distributed as a reward in each cycle, and 25 PCX for the second round. 20% of the issuance in the initial round (which accounts for 10% of the total) goes to the founding team for ongoing project development. All the subsequent issuance goes to the community.

ChainX (PCX) A tricameral governance structure has been adopted by at the advice of Polkadot for better decentralized community governance. The three chambers are a Referendum Chamber, a Council and a Technical Committee. In addition to these, will also be introducing a Treasury (to incentivize groups and individuals that contribute to the ecological development of ChainX) and the X-Association, a non-profit organization responsible for promoting the development of both the community and technology. 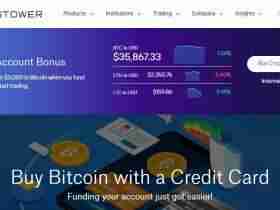 CrossTower Exchange Review : It Is Good Or Bad?