Camp Coin business’ model is divided into seven foundation factors of poverty alleviation and three business models. The seven foundation factors are; Supply of electricity ▪ Supply of medical services ▪ Improved income through labor ▪ Leisure with improvement of income ▪ Vitalization of economic community to make synergy of income improvement ▪ Educational opportunities to improve the quality of life, work and achieve personal vision ▪ Stable supply of safe drinking water More information can be found on the official website.

By utilizing the resources and capabilities of the developing nations to the full extent, bases for virtuous economic cycle are established and the nations voluntarily cut off the vicious cycle of poverty after being economically independent. After all, every developing nation passes through the dark tunnel to have developed life style and shares the opportunity and condition for decent life.

Donations Camp know of are based on basic necessities for daily survival and they are exhaustive donations, of which receiving party must wait for subsequent donation in harsh condition once the consumption is completed.

Impact Donation, promoted by Global, builds a village’s independent economic infrastructure through donations and builds a sustainable economic system that enables villages to become independent. Through increased profits and reasonable distribution of villagers, the donation becomes a plus that can promote developmental re-investment in another village which is in need of economic independence.

Camp Coin Impact Donation system is designed as a donation for projects for virtuous circle of independent economy in underdeveloped areas and as a capitalization for distribution business which is the basis of capital creation required for system operation. Profits generated by the distribution business become developmental re-investment to the business.

Solar Hope usually consists of 10 sectors. Although it can be configured differently depending on the characteristics of the environment, the simulation of ten components shows that 1,000 households of five-person households have enough economic support.

As described above, each Solar Hope can generate 15Kw of electricity per hour. And tropical climates near the equator can get at least seven hours of stable sunlight every day. In this environment, if you calculate the efficiency as 80%, you can see that you can produce 720Kw a day.

The Camp Economy is the ecosystem that increases the demand via repurchasing tokens, and reduces the supply via incineration to induce doubled effect of vitalization and increase of value. The incineration of Token is limited to 50% of the amount of tokens distributed in the Crowd Distribution.

There are 4 economies for Token to vitalize the circulation of the tokens, increase in the value of tokens, and market stabilization. They are DDR Economy, RB Economy, SC Payment Economy, and DP Economy.

The characteristics of Camp Coin Economy is that many token businesses assumed unspecified many users to use the tokens, whereas Economy is built on the base of about 80 Million Users who are Ethiopia cooperators and guaranteed company users, and it extends to targeted but unspecified users

This is token distributed to the users who would use Token. The amount of tokens allocated for Crowd Distribution is 40% of the total issuing amount: 4 billion Tokens. Crowd Distribution Tokens are firstly bought as the business profits for Solar Camp, and gradually incinerated. The amount is purchased as the proceeds of the Solar project and then locked up to the foundation for a certain period of time.

It is used for overall marketing from the beginning of the business to the progression stage.

Camp Coin is a token that is given to the development team, who work hard to develop business models, develop services, and settle in the market, as well as advisors and experts who will lead the business in the future

Tags: Camp Coin review How it work Camp How to buy Camp 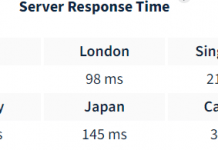