Bosagora (BOA ) focuses on building an open decentralized blockchain that ensures transparency of the consensus algorithm and clarity of contracts. will play a vital role in making a better world with blockchain technology as a project enabler. The platform is a decentralized self-evolving cryptocurrency that is built on Trust Contracts and an embedded decision-making system called the Congress Network. (1) Trust Contracts are securely executable contracts based on a protocol layer.

Bosagora (BOA ) The intend to provide an efficient, safely designed smart contract engine and provide an easy-to-develop language with many tools and popularity for easy adoption by developers. (2) The Congress Network is the decision making body in the BOSAGORA platform which solves governance issues arising in decentralized organizations. Through a clearly defined and automated governance system, the aim to continuously develop the community and software into a more anti-fragile ecosystem.

Bosagora (BOA ) The blockchain was first conceptualized in Satoshi Nakamoto’s white paper “Bitcoin: A Peer-to-Peer Electronic Cash System“ in 2008 . The technology was implemented the 1 following year as the central technology behind Bitcoin. Bitcoin uses blockchain technology as a financial transaction ledger where individuals publicly record transfers of currency. Bitcoin was the first of its kind to use the blockchain to successfully solve the double-spending problem. Despite the absence of a centralized administrator, Bitcoin has successfully supported over 180 million peer-to-peer transactions and now has a market capitalization of more than 100 billion dollars. Contribute to making a better world with blockchain technology as a project enabler.

Bosagora (BOA ) Building an open decentralized blockchain protocol that ensures the transparency of consensus algorithm and the clarity of contract, thereby enriching the blockchain ecosystem through enabling the meaningful projects with the expression of the collective intelligence by an advanced democratic decision-making process.

The aim to develop a first full-node Proof of Stake and Federated Byzantine Agreement consensus algorithm blockchain platform with innovative technology development that anyone can experience speed and trust.

Bosagora (BOA ) Everyone can embody democracy that guarantees the highest level of fairness through free and inclusive decision-making with the advanced deliberative democratic decision-making tool.

To make it easier for anyone to see the entire project through transparency and to make decisions based on established procedures. (Community update, Technical advisory board, Github, Congress voting process)

ICO and the Original

Bosagora (BOA ) received a surprising response from 95 countries in May 2017 to achieve the 6902 BTC hard cap in just 17 hours. The result was achieved by the diverse technological and ecological blueprints pursued by the existing white paper. However, many similar projects have been announced over the past 2 years, and it has become difficult to gain exclusive status with technology development plans and ecosystem blueprints alone. Besides, competition in the blockchain platform market is getting even more intensive as the global giant is also signaling the launch of the blockchain platform. Under these circumstances, BOSAGORA should try to both pioneer new areas, where it could gain a more exclusive status to survive, and retain the framework and spirit of existing white papers to keep the promise with the participants of the Initial Coin Offering.

Since the ICO, regulations have changed along with numerous technological advancements. BOSAGORA team focuses on delivery adhering to the original white paper but at the same time, we must make amendments to reflect the changes in policies, technology and methodologies. As a result, our team will create a more robust and up-to-date platform while keeping the promise of the value and vision found in the original white paper

Bosagora (BOA ) Bitcoin’s consensus mechanism and the traditional Byzantine agreement based protocols require a unanimous agreement by all participants of the network. However, the federated Byzantine agreement(FBA) does not require an unanimous agreement by all participants and additionally each node can choose which nodes to trust. This results in faster transactions without losing integrity of the financial network and allowing for organic growth of the network.

FBA implemented this type of non-unanimous consensus mechanism by grouping nodes into teams (also known as Quorums). When a transaction is made, the information is sent to all those in the group. Rather than waiting for the whole network to agree on the state of the data, if a node hears the same message from a sufficient number of trusted nodes, the node assumes the information is correct. The overlapping of nodes, or loose federation of nodes, results in different nodes that have different sets of teams to agree on the same transactions. This leads to a system-wide consensus, without requiring unanimous agreement for each transaction block.

How is the Modified federated Byzantine Agreement(mFBA) Algorithm Different?

In addition to FBA, the BOSAGORA consensus protocol also applies a Proof of Stake feature for the maintenance of the governance system. Validators need to freeze 40,000 BOA within a node and forgo liquidity. The frozen coins in the node then act as both an economic incentive(Confirmation Rewards) to operate a node as well as collateral for the security and integrity of the information held in the node’s blockchain. According to the pre-set rules, if the node is discovered to have forged the blockchain on the node, the frozen coins are forfeited to the Commons Budget.

Why BOSAGORA Pursuing democracy, legitimacy, fairness, transparency, and efficiency of the highest standard.

Bosagora (BOA ) focuses on establishing a decentralized blockchain platform which can implement a democratic decision-making process based on Trust Contracts and Congress Network.

Trust Contracts, securely execute contracts based on a protocol layer

The BOSAGORA team aims to implement Trust Contracts, which will provide an efficient and safely designed contract creation engine in an easy-to-develop language with many tools to be used by all.

In April 2019, we launched a new brand called BOSAGORA. BOSAGORA came from the word “BOS” and “AGORA” combined together, which shows the true birth of democracy. We would like to enable you to partner with us as easily as possible. To streamline this process we have created a visual brand style guide for you to display our partnership correctly. 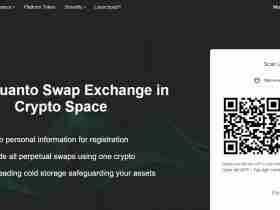 Bitcoke Crypto Exchange Review: It Is Good Or Bad?