The Bombcrypto is a BomB game experiences to NFT collectibles on the blockchain by Bcoin. Players can collect, fight monsters and trade them for real money. The Bomb Crypto game is in the Play-To-Earn genre, where players manage a group of bomb heroes of cyborgs programmed to search for BCOIN and fight monsters. Each bomb hero has different stats, if you’re lucky you can find bomb heroes with good stats to sell or upgrade them to increase performance and combat ability. Each bomber hero is an NFT which increases ownership as well as trade ability, you can also hunt for other NFT items like decorations. Far away, far from Earth, there is a peaceful land called Bomberland, where the inhabitants are living extremely peacefully and happily.

But one day, an evil force came to invade Bomberland. He burned down forests, destroyed houses, arrested people and stole BCOIN — the people’s property. To bring peace to the land, the kingdom’s scientists have researched and created heroic bombers so they can set up a team to rescue BCOIN and the people while destroying the henchmen of evil forces. And of course, no experiment went smoothly. Scientists have had been through a lot of failures. They figured out that bomber heroes would have different rarity levels depending on their formula quantifications.

The first revealed character in bomber hero of the Bomberland

With the blood of a loyal knight who has always served to protect the land of Bombcrypto from ancient times. Henricus fought countless battles, along with a sharp sword in his hand and a stud iron armor, plus technical upgrades from scientists. A chip has been attached to his brain so he can analyze the movement of the opponent and always strikes fatal blows. He is also the indestructible shield, protecting the team members.

The cutest bomber hero in the team of the Bomberland.

It begins with tragedy when the bully frog’s family is murdered by evil forces. Bully Frog is determined to join the research of Bombcrypto scientists. Gradually, bully frogs are becoming more and more evolved and no longer normal frogs. With his long tongue and the ability to jump long, those are the two-weapon that defeat the enemies at long range. Bully Frog will be a key factor in the journey to save the land and get justice for the family.

He’s a legendary gunman with a record of shooting 10 robbers with just one bullet. Bombcrypto Now supported by science, with his ability to recover energy quickly, Richard becomes the captain of Bomber Hero squad. With his leadership and experiences, Richard is trusted by the bomber hero team members and they are on their way to rescue Bomberland from the evil forces. Let’s wait to see how he fights for Bomberland.

Bombcrypto Users can acquire new heroes via rescue missions. In some maps, there is a rare chance users meet a prison block which locks a bomber hero. After accomplishing the rescue mission, players will receive a damaged hero, which needs to be recovered for a while before it can go wild again. Note that the prison blocks can only be found in Treasure Hunt Mode. The rate of prison blocks has a time limit. 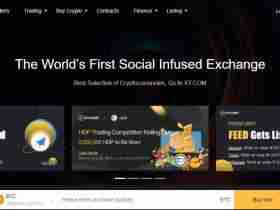 Xt Crypto Exchange Review: It Is Good Or Bad?

OriginTrail (TRAC) Coin Review : It is Good Or Bad Review