What Is Bolt (BOLT)?

At Bolt make it easy for users, streamers, and brands to create and grow value on the web through incentivised engagement programs, powered by decentralised finance. It’s time to free the internet. Web users increasingly seek alternative ecosystems away from the restrictions and fees imposed by platform owners and corporations. It is your live streaming platform built on top, enabling users to access streams and video content from TV networks and creators from all around the world.

Bolt work with leading broadcasters globally to implement incentivised engagement programs for their users, and new revenue streams for broadcasters. BOLT provides a platform for independent content creators, empowering them to be their best creative selves while building an audience with incentives verified through the blockchain. Head on over to bolt.global and register your interest – alternatively, drop an inquiry at this link.

Bolt A lifelong entrepreneur, Jamal has invested, restructured, launched, and operated various television and radio networks across the world since 1995, including the TV5 Group in the Philippines, SPH Group in Singapore, JakTV in Indonesia, and the Media Prime Group across Malaysia and Africa. Currently, Jamal is a business panel commentator with CNBC, and also sits on the advisory board of the University of Wales, Abernathy, where he received his Bachelor of Laws (Hons) in 1990. Jamal had additionally trained as a Barrister at the Inns of Court School of Law. Jamal is based in London.

Ming Na is the General Counsel. Her areas of expertise include broadcasting, media, and intellectual property. Prior to joining, Ming Na was the General Counsel & Corporate Secretary of The Iclif Leadership and Governance Centre; SAVP of MEASAT Broadcast Network Systems (Astro); and AVP of ntv7. Ming Na is based in Malaysia.

A Forbes 30 Under 30 awardee in 2019, she has led senior roles across Fortune 500 companies, including as Head of Content at Twitter (International Markets), the Social Business Lead for Samsung in Asia, and as the VP of Asia Pacific at Brand watch (now acquired by Cision). Prior to starting, Christel was one of the first members and the CMO at Zilliqa, the smart-contract processing blockchain platform.

She has also been awarded by The Guardian as one of the top 10 global digital strategists, Campaign Asia-Pacific as a Woman to Watch, and Business Insider as one of the 30 best executives to follow on Twitter. Christel received her Bachelor of Social Sciences (Geography) from the National University of Singapore in 2012. It is based in Singapore.

Henrique heads up Data and Analytics. Previously, Henrique was a planning engineer at Avibras, where he planned the prototype manufacturing process for a strategic Brazilian Army Project. Henrique did a pre-MBA at the Graduate School of Management, Globis University and has a certification in Data Science from General Assembly. Henrique is based in Singapore.

Bolt is the Head of User Experience. Previously, Avinash has worked as a Motion Designer for Playtonia eSports and as a Graphic Designer for the social media wing of “Sun News”. Avinash graduated from SRM University with a Bachelor of Science in Design and Visual Communications in 2018. Avinash is based in India. 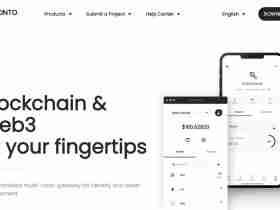 Onto Wallet Review: It Is Secure & Safe Wallet 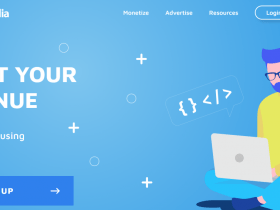