What Is Cortex (CTXC)? Complete Guide Review About Cortex.

What is Blockchain Adventurers Guild (BAG) ?

Blockchain Adventurers Guild (BAG) is the place where adventurers can safely begin their journey into Blockchain, DeFi, and NFTs. BAG members earn real money by participating in quests and earning experience and rewards. Companies and projects that are recruiting for short-term jobs or seeking new users may submit quests that adventurers can take on.

Blockchain Adventurers Guild (BAG) With the creation of Bitcoin and the first public block chain in 2009, a whole new paradigm has emerged whereby centralized trusted models could be reconstructed in a decentralized way. Because centralization was the primary risk in and of itself, every single system from banks to governments will need to be re-imagined if are to reap the benefits of decentralization.

Blockchain Adventurers Guild (BAG) While Bitcoin improved how money was created and transacted, Ethereum in 2014 pushed forth the idea of a decentralized state machine or computer. This was the tool that made it functionally possible to build decentralized versions of virtually any existing system or proces

Blockchain Adventurers Guild is a decentralized organization dedicated to the research, deployment, and use of block chain technology in the pursuit of a higher good. Adventurers should join the guild to learn about block chain, earn financial rewards, meet new friends, and upgrade their online identities. Members will start at the lowest level and work their way through quests available to them at each level. Not only learning about block chain as they go, but also earning experience and monetary rewards at the successful completion of their quests. BAG will have an organically crowdsourced experience that can be enjoyed during one’s free time or as a full time profession.

Upon registration to the guild, adventurers will receive their Guild ID Card. This ID will record all user stats and will allow the user to access their item storage bag. In the future, this ID will be used to login to other platforms and allow guild members to utilize their status and items in other projects

Blockchain Adventurers Guild Guild marketplace is where members can buy and sell items to each other. It is also a place where unique or consumable items can be purchased from the Guild. There are fees of 30% of each transaction which go to the BAG treasury. The fees will be lower depending on promotions, user levels, or user skills. These fees will go back to the BAG DAO and will be held in the Guild Treasury.

While initially distributed on the ETH network, the BAG guild will be extended to cover several other high profile networks. Sub-guilds may choose to set up on less well known or newer networks. The BAG DAO will earn fees from guild projects on all networks.

Blockchain Adventurers Guild Sub-guild charters will be sold in limited quantities each year. These will be trade able. Sub-guilds will serve the purpose of increasing BAG decentralization and diversity. For instance, there could be an Ethereum specific sub-guild or a Cardano one. Maybe a privacy focused one for Monero, Zcash and other related technologies. Sub-guilds could also focus on specializations such as building or merchant services. Or even just a group of friends that want to collaborate together. There will be no specific requirement on what a sub-guild can be.

Post launch, BAG DAO will continually build and invest in DeFi infrastructure. Fees from these projects will go back to the BAG DAO. The selection and funding of projects will be subject to BAG DAO governance

What Is Kino Token(KINO)? Complete Guide Review About Kino Token. 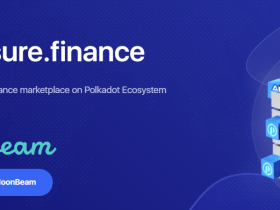