What Is Block Ape Scissors (BAS)?

Block Ape Scissors will seamlessly integrate and unite gaming, NFT’s and Defi to produce a gamified experience that interacts directly with yield farming to generate a personalised experience for each unique ape. Pioneering completely new game, NFT and yield farming mechanics Block Ape Scissors will pave the way for entirely new play to earn reward systems and incorporating generations of successful gaming models into the new world of decentralized

Block Ape Scissors finance for fun, exciting and lucrative ways to play games, earning cryptocurrency and NFT’s. As the roadmap is developed, external tokens gain utility beyond their native models to enable rapid evolution of the community and market share through network effects of other communities. The success of the project will allow us to expand the vision to a fully gamified ecosystem that will span across ecosystems and integrate with other partner projects for second and third level markets.

Yield farming for most tokens and projects is a bubble that bursts once no further supply is minted. Once the rewards end, apes move on and likely dump the tokens unless they can be used somehow or trading volume supports strategies such as swing trading. At best, they become a store of value, but have no additional use case. The same applies for meme tokens, with a primary example being Dogecoin. It has no utility other than being a store of value that can be leverage traded through larger exchanges. Currently, the best hope meme tokens have for longevity is to get enough volume to become recognised as a tradeable tok

Enter Block Ape Scissors, a simple rock, paper, scissors game that allows apes to pay entry fees for battles and tournaments with their favourite farming or meme tokens, earning a share of the pool and potential NFT rewards. The model will allow NFT’s to leverage yield farms in ways the current DeFi mechanics do not yet accomodate to provide truly personalised experiences in DeFi. Block Ape Scissors will provide native yield farming pools that integrate with the gaming platform and grow to other partner projects using our newly created and customised NFT standards for DeFi.

Apes deposit the required amount to participate in tournaments. X number apes battle it out over X rounds to progress to further stages. At the time of writing, two tournament styles are envisaged; a single elimination stage and double round robin. Both scenarios proceed to the bracket stage for playoffs.

After apes lock-in their deposit and timeframe to farms they are given a random DPY. Portions of this DPY can be used as entry fee for DPY Battle mode to increase potential earning on the platform. As a teaser, there will be a maximum ceiling of 20% DPY earnable for a lock-in period and a small fee if apes choose to quit instead of proceeding with locking the funds in to the farm.

NFT’s earnt through battling and tournaments apply various bonuses to lock-in yield farming activities. At the time of writing we have assessed three key NFT’s which when applied, will alter yield farming characteristics for that specific wallet. Effectively adding value to already personalised yields through Block Ape Scissors.

BAS will encapsulate an ‘Earniverse’, creating play to earn and game utility for various 3rd party NFTs and Tokens by a process of studying their communities, histories and project in order to develop collaborative PvE type adventures for their holders to play and win NFTs in. 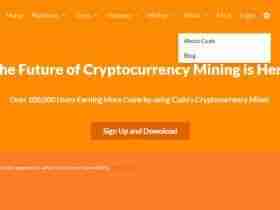 What Is Comfy (COMFY)? Complete Guide Review About Comfy