Blade insists on Play-to-Earn, and is committed to bringing users a perfect gaming experience while gaining substantial revenue from the game. BladeWarrior is an open blockchain game ecosystem. In the journey of fighting ancient warcraft, players can choose a hero from five professions to fight, collect and trade powerful weapons, and obtain real value from the real game.

How to join The Game?

The Blade damage to the Land of Freedom was the smallest, which thanks to the magic defensive cover imposed over the field by the Thunder Mage Genie, which provides time for residents’ evacuation.At this point, except the Bard family who joined the Dark Camp, the major forces on the Thrall continent had announced that they were joining the Bright Camp. Sending out the five most powerful heros.

The Blade Dazzle – Dan, the Bleed Phantom – Fiji, the Blade Lord – Everley and the Thunder Mage – Jinny, and the Holy Archer – Gretchen, to fight against the Abyss Judge, swearing to regain the light of the world.

Players can upgrade in the game battle. The higher the level, the greater the power in the battle the player has, and as a result, the higher the winning rate. Heroes use matched weapons to gain combat power bonuses and increase their winning rate.

Blade Coin Player enter the continuous stage mode and continues to fight against monsters without buffing. They are being ranked according to the winning position every day, and players with high rankings get corresponding rewards.

Through the exploration of various places on the map, the monsters in the open area of the map are being battled against, giving players a variety of game experience and exploration fun. When the player completes the first crusade against all the monsters that can be encountered on the map, they will be rewarded for this area, and when they reach a certain level, a new map area will be opened for exploration.

Blade Coin Crit rate means that the unit has the chance to cause more damage to the enemy unit. The higher the crit rate, the higher the possibility of crit damage. A good use of the crit rate can effectively improve the combat ability and provide flexible and diverse battles. Skills are the secret weapon for surprising success. Crit rate (%) = 50*ATAN (attack party crit/3000) -15/SQRT (attack party crit/50+1)+20

Critical hit means that the unit has the chance to cause more damage to the enemy unit. The higher the critical hit, the higher the possibility of critical damage. A good use of the critical hit can effectively improve the combat ability and provide flexible and diverse battles. Skills are the secret weapon for surprising moves. Critical Hit (%) = 50*ATAN (attack party crit/3000) -15/SQRT (attack party crit/50+1)+20.

Tags: Blade Coin review How to buy Blade How to sing up Blade 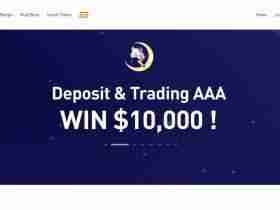 Bithumb.pro Crypto Exchange Review: It Is Good Or Bad?