Bitcoin Standard Hashrate Token mining is a profitable venture with limited liquidity. Most miners must choose between holding onto equipment for years or relying on brokers for infrequent sales. This lack of liquidity means Bitcoin miners have few ways to hedge against or profit from the price fluctuation of mining machines. The same also discourages newcomers from seriously participating in Bitcoin mining. Finally, while traders often have the interest to gain Bitcoin mining exposure for it can be viewed as Bitcoin long options, high transaction costs dissuade them. A market needs to be made. Cloud mining is an imperfect solution.

Bitcoin Standard Hashrate Token While cloud mining lowers the barrier of entry to mining, lack of standardization and strong product coupling make markets hard to form around mining contracts. We propose to solve this problem through Bitcoin Standard Hashrate Token (“BTCST”), a token collateralized by standardized Bitcoin mining power. By standardizing and tokenizing mining power into BTCST and listing the token for exchange trading, we can bring exchange-grade liquidity to the mining power market while meeting traders’ need for mining exposure.

Bitcoin Standard Hashrate Token Each BTCST is a token collateralized by a standardized unit of actual Bitcoin mining power. Holding the token is legally and functionally equivalent to owning the underlying mining power; staking the token on-chain will entitle the staking holder to receive mining rewards in Bitcoin; and listing of BTCST on major exchanges will bring meaningful liquidity to tokenized Bitcoin mining power. BTCST creates an efficient market among Bitcoin miners and those interested in becoming one. By trading BTCST, market participants can freely enter and exit Bitcoin mining exposure in any size, at any time, and with low costs. Even miners without mining power tokenized by BTCST can make use of the token to capture the profits in or hedge against the risks of mining machine price fluctuation.

Bitcoin Standard Hashrate Token Claims mining rewards from the Bitcoin network centrally and distributes rewards to holders de-centrally. The project will partner with a reputable mining pool to claim mining rewards from the Bitcoin network. Namely, the project will direct all mining power collateralizing the token to the partnering mining pool in exchange for daily mining rewards as calculated and allocated by the pool. Centralization of this step is necessary to ensure feasibility and accountability: the mining pool will act as both a service provider and as an auditor that monitors mining power sufficiency. As it is customary, the project expects up to 10% of annual mining power downtime.

They expect the price of BTCST to command a liquidity premium as compared to mining power without tokenization. To protect this premium against undue sell pressure, material issuances of BTCSTs must be approved by the project’s governance board. The project may freely issue on any given day BTCSTs representing up to 5 PH/s of mining power. For a daily issuance of BTCSTs representing more than 5 PH/s, the issuance must be unanimously approved by the project’s governance board, which includes a seat occupied by the partnering mining pool.

As a leveraged Bitcoin token; Market

Bitcoin Standard Hashrate Token Making Each BTCST is collateralized by real mining power. Therefore, its fair market value can be determined by the discounted cashflow model. The price of BTCST in secondary trading should track that of Bitcoin and the token should be able to function as a leveraged Bitcoin token in an efficient market. Further, because BTCST does not depend upon financial derivatives, it is by design free from liquidation risk. The project team will serve as BTCST’s main market-maker. Unlike tokens the intrinsic values of which are hard to ascertain, BTCST has not only an intuitive valuation model as but also an over-the-counter market for the underlying assets. The project team therefore has clear methodologies and incentives to bring the market price of BTCST towards equilibrium.

What Is Random (RNDM)? Complete Guide Review About Random.

Minima Accelerates Towards Mainnet, With More Than Half of Bitcoin’s Full Node Count 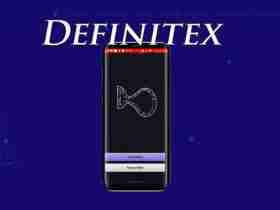