Attila (ATT) full name of ATT is AGREEMENT OF TELECOM TECHNOSPHERE, which is a decentralized information communication protocol based on blockchain technology. It is committed to providing an autonomous cross-platform communication solution for global social networks. Different SNS (Social Network Services) can establish an information network through this protocol, allowing users to conduct cross- platform social behavior. For all social network platforms using the ATT protocol, the information circulation will support end-to-end encryption, which can create a better timely communication experience for users, and the process of message transmission will be simpler, faster, reliable and private. As a decentralized instant messaging protocol, ATT combines the four major technologies of blockchain, DNS, smart contracts and instant messaging protocols. By uniformly identifying cross-chain account addresses, cross-platform communication becomes possible.

Attila (ATT) Each user on the chain includes one or more server / service providers and applications. Each user on the chain can communicate with other users and modify the service provider at any time. With the open source and open ATT protocol, developers can focus on how to develop attractive applications without having to maintain the server. Ecology and users of ATT: BiYong, a one-stop blockchain social platform serving the world, will become one of the first SNSs to support the ATT protocol. BiYong has tens of millions of blockchain users and hundreds of thousands of blockchain project groups around the world. It is a social network platform that has received much attention and recognition in the blockchain industry. ATT will enable unprecedented cross-platform interaction and communication

In today’s extremely developed network, both the PC-side software and the mobile-side app have almost networking capabilities. Mobile terminals such as WeChat, Alipay, Meituan, JD.com and various mobile games, PC terminals such as various relational databases (MySQL, MSSQL, Oracle), caches (Redis, Memcached), websites and Web browsers, QQ and various Online games are based on network communication. Even remote desktops, network neighbors, shared folders under Windows, and Linux login using SSH are essentially carried out through Sockets, but they have only designed their own communication protocols.

Another example is the web browser (such as IE, 360, Sogou, etc.) that we usually use to access the Internet. It just uses Socket to perform a “request / response” operation with the Web server through the HTTP protocol. The browser sends the request to the server. A request for a URL, and then the server sends back a response in the form of HTML. The browser then parses and renders the HTML, which is in the end some socket operations. What exactly is Socket? To put it plainly, it is just an interface provided by the operating system for developers to perform network operations. Through Socket, we can interact with the TCP/IP protocol stack in the operating system kernel to realize the transmission and reception of network information.

The Rise of Social Networks

In 1971, the first email was born. The reason is to facilitate the scientists of the ARPANET project to share research results with each other. In 1991, after many years of practice and improvement, Berners Lee established the World Wide Web (WWW), which is characterized by “hyperlinks” In 1994, Justin Hall, a student at Swarthmore College, established his own site, “Justin ’ s Links from the Underground” to connect with external networks. Justin Hall has updated this site for 11 years, and is therefore known as the “founding father”.

The implementation of any network application is inseparable from Socket programming. Of course, we can use higher levels of abstraction and packaging, such as TcpListener, TcpClient, UdpClient, and more abstract WCF, WebService, Remoting and other technologies. However, in order to understand the underlying principles of network communication in a deeper way, it is ultimately impossible to bypass sockets. As long as you have a little understanding of Socket programming, you will know operations such as Bind, Listen, Accept, Connect, Send, Receive, etc. Indeed, all network applications are a reasonable use of these basic operations. For TCP, because it is a connection-oriented protocol, generally one party needs to act as the server to listen, and the other party acts as a client to initiate an active connection to the server. The general usage of TCP programming using sockets is as follows.

Text, pictures, files, audio and video can be transferred

Applying blockchain technology, all information is not stored on a centralized server

WebSocket uses a source-based security model. When initiating a WebSocket handshake request, the browser will add an HTTP header named Origin to the request. The Oringin field indicates the origin of the request to prevent unauthorized cross-site access requests. . The client of WebSocket is not limited to the browser, so the WebSocket specification does not mandate that the Origin header in the handshake phase is required, and WebSocket is not restricted by the browser same origin policy. If the server does not authenticate against the Origin header, it may lead to a cross-site WebSocket hijacking attack. The vulnerability was discovered and made public by Christian Schneider as early as 2013, and Christian named it Cross Site WebSocket Hijacking (CSWSH). Cross-site WebSocket hijacking is very harmful, but it is easy to be ignored by developers. Related cases can refer to: IPython Notebook (CVE-2014-3429), OpenStack Compute (CVE-2015-0259), Zeppelin WebSocket server and other cross-site WebSocket 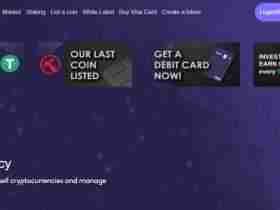 Folgory Crypto Exchange Review: It Is Good Or Bad?

What Is Weave? (WEAVE) Complete Guide Review About Weave.