The same applies to the Global Anime Ecosystem. Even though independent creators have enough talent and creativity, they often lack funds, hence Arata Incubation strategy. The Anime market system is pretty unfair – most of the money made from sales goes to publishers, digital distribution platforms, and marketing. And, in case the content developers are in need of funding for their next project, they will be obliged to give away their equity, commit to a single publishing platform, or in some cases even sign off their intellectual property, diminishing their earning potential.

Arata a nutshell, the current situation is as follows. The market for digital goods is large and growing fast. Video games are already north of a $140 billion market, Anime $23.56 billion and tokenized consumer products are a $1.8 trillion market and growing. Indie game development is booming as a result of an apparent creative drain in major studios. Therefore, it’s safe to say that a number of key industry trends are converging to make the development of a break through game crowdfunding platform possible.

The Game Change Team Behind Arata

Arata is a blockchain-based Gaming Platform that reward fans and gamers for their time and passion in playing your Games. Gamers participate to Win Battles, Complete daily missions and events, participate in weekly tournaments and trade Game NFTs to earn ARATA Tokens. Arata Protocol uses cutting edge technology called Blockchain to reward players for their engagements.

Arata will host the biggest anime content library. Users will be able to stream anime, explore manga, collect rare items, generate value for NFTs, interact with the anime community and create content. The ever growing anime community will be served with the best in class content and UI/UX. Games, events and competitions developed and hosted by Arata is awaited by the community.

Arata also serves as an Incubator and crowdfunding platform that helps independent Anime content developers to fund raise for their next project. Arata’s mission is to provide Anime Content developers with a new option to fund their ideas – by pre-selling their Anime assets in the form of NFTs. Similar to Kickstarter’s proven business model, funding on Arata is all-or-nothing. No one will be charged for a pledge towards a project unless it reaches its funding goal.

Furthermore, Arata provides a marketplace to trade digital assets from successfully launched games. Giving the NFTs owners as much agency as possible and the ability to sell and realize real-world value from their holdings is essential for the NFT ecosystem to thrive. Arata would host a Game Gear Marketplace where Gamers can auction and sell their collections, games and accessories. The Transaction would be powered by the Arata Token.

Arata ecosystem is supported by its own native token ‘ARATA Coin’ (ARATA). ARATA Coin tokens will be used to buy and sell NFT’s in the Game Gear and NFTs marketplace. Community and sharing ecosystem. Arata offers Anime creators and digital creators incubation and the opportunity to build direct relationships with their buyers. Furthermore, Arata comes with two referral programs. One program rewards you for bringing new users to the platform, the other one pays you for promoting Contents sold on your OTT platform and marketplace.

Arata explosion is one of the most talked about events for crypto in 2021, with sales from several platforms breaking records on a weekly basis. NFTs collectively had their best month ever in February 2021, according to a report by DApp statistics trackers at DappRadar. Sales volume from the top three platforms grew to $342 million in February, up almost 400% from the $71 million recorded the month before.

Even though NFT’s relative simplicity and low barrier to entry will encourage widespread adoption of cryptocurrency, ultimately few NFTs in comparison will hold and have value moving forward. However, being a part of an in-game ecosystem will dramatically improve the value of such assets. Subsequently, overseas sales are expected to contribute to greater revenue generation in the market.

There are more than a few projects in the market, either focused on building a platform and NFT marketplace or developing blockchain-based games. However, because of the relative novelty of the NFT technology, and Arata innovative approach of blending the concept of Anime Contents and Incubation, currently there are no direct competitors for Arata. The rising popularity and sales of Japanese anime content in other parts of the world are expected to drive the growth of the market over the forecast period.

Berncoin.io Ico Review: Bern Does it all on the Blockchain 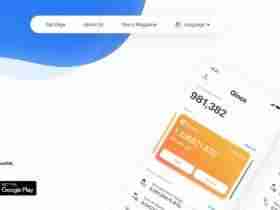