What Is Amoveo (VEO)?

Separating church and state is good. It makes both the church and the state less dangerous. Combining religious convictions with a monopoly on violence was deadly. It meant that people could be easily convinced to kill you at any time, and there was no consequence to the religious leader who called for your death.

Separating finance and state will also be good. It will make both the state and finance less dangerous. Combining finance with a monopoly on violence means that Amoveo can’t truly trust the finance system. The people who are holding your money are able to steal your money without consequence. This is a terrible combination.

Amoveo uses Nakamoto consensus, just like Bitcoin. In this system, some people act as miners. They receive a reward for producing blocks. Producing a block involves doing an expensive calculation called proof-of-work. The difficulty of this proof-of-work changes so that the rate of block production stays about 10 minutes. Accounts are data structures recorded in the blockchain consensus state. Each account has a positive balance of Veo that it can spend to other accounts.

Anyone with sufficient Veo to pay the fee, can create new accounts. Spending from an account requires a signature from the private key that the owner of the account knows. To give someone Veo, you need to know their public key. Oracles that cannot escalate are prohibitively expensive, or they aren’t secure. It is this ability to escalate that allows Amoveo to keep the collateral for each oracle so low most of the time.

Anyone can ask the oracle any question if they are willing to pay the cost. The oracle can settle in 3 states: True, False, Bad Question. Unlike some competitors, Amoveo does not have a subcurrency to power the oracle. Because this sub currency doesn’t exist, the users of the oracle don’t have to pay rent to the owners. This means Amoveo oracle will be more affordable than competitors whose oracles depend on sub-currencies such as Augur or Bitcoin Hive mind.

The Amoveo oracle does not usually have much collateral at stake, so the cost of launching an oracle is small. To launch an oracle, you pay just enough to provide initial liquidity to get a market going. Amoveo’s oracle has the ability to escalate its defense in response to an attack.

Publishing a transaction to a blockchain is time consuming. You need to wait for the transaction to be included in a block, and then depending on how much money is moved, you need to wait for more confirmations. Waiting for confirmations means that you wait for enough blocks to be added to the blockchain for enough security. Trying to avoid this time-consuming process as much as possible is why we use channels.

Channels are two party relationships recorded on the blockchain. Amoveo Each channel has a finite amount of money it controls, just like an account. Once two people have a channel together, they can instantly move the money inside the channel back and forth. This is much faster than publishing a transaction to the block-chain and waiting for confirmations. When the channel is closed, the money goes back to the accounts that created it according to the final distribution of money in the channel.

Radicle (RAD) Coin Review : It Is Good Or Bad Review 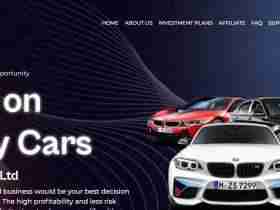