AdEx Network 14 people and a fictional unicorn. Based in Sofia. And all over the world. Working on two products. Technologists, marketers, singers, moms, but mostly humans. Naive enough to believe the fix the world, persistent enough to give it a shot. The idea of AdEx was conceived in early 2016. Back then the core team of AdEx was looking for ways to monetize the significant traffic of the other product – the media center Stremio. The dedicated a great deal of the time to research and preparation. The isolated the most prominent problems of the advertising & marketing industry*, and then concluded that blockchain was the most suitable tech to solve the largest number of issues.

AdEx Network hosted a crowdfunding campaign, raised 40,000 ETH (appr. 12 million USD back then) in under 8 hours, and began coding AdEx. To demonstrate the benefits of blockchain technology, the teamed up with easyJet to host a blockchain auction for advertising inventory on easyJet Boarding Passes. Needless to say it was successful. The joined the largest organization for digital advertising – the IAB’s TechLab as a contributor to the Blockchain Working Group. Less than a year after the crowdfunding campaign, the launched the AdEx platform beta

AdEx Network published the first version of the AdEx Protocol for digital advertising that reduces ad fraud, malvertising and protects user privacy. Following rapid development and adding of new content, the published v4 of the AdEx protocol. The released the stable version of the AdEx Platform open for all publishers and advertisers willing to embrace the future of advertising. AdEx Staking launched, allowing token holders to utilize their ADX to secure the AdEx Network

AdEx Network Platform available for everyone and generating over 30 million monthly impressions AdEx Staking relaunched with additional incentives for stakers to achieve over 80% annual returns. At the moment they are writing the next chapter of the story. Stay tuned.

Pay For Real Traffic Only

AdEx Network No one wants to pay for fake traffic, yet the ad industry is losing billions annually. AdEx is a display ad network that fights ad fraud by introducing real time reporting and tools for limiting low quality traffic, and lowers ad costs by removing middlemen.

With AdEx, you cut off intermediaries and save on unnecessary fees. The help advertisers and publishers maximize results and revenues – with the added value of real-time verifiable reporting.

No Place for false Reporting and ad Fraud

AdEx Network created the AdEx protocol as an open-source, transparent and fraud-proof alternative to traditional ad networks. By introducing real-time tracking and reporting directly accessible to each advertiser and publisher, and dropping the need for most intermediaries, the reduced the ability for anyone on the network to report wrong data and make advantage of unnecessary fees and fake traffic.

The AdEx platform connects advertisers and publishers directly – there are no DSPs, SSPs, brokers, etc. By removing middlemen they remove unnecessary fees. This means more revenue for publishers and less expenses for advertisers.

Instant Revenue For Your Ad Space

AdEx Network Make more of your traffic! The AdEx platform won’t charge you for listing your ad slots or managing your inventory. Just register and start earning after the very first impression generated on your website or mobile app!

No matter if you own a website with 10,000 monthly unique visitors or an Alexa Top 1,000 media, AdEx is an excellent tool to monetize your audience.

If you are looking for alternative ways to add revenue to your mobile app or your app isn’t approved by Google, try AdEx network.

AdEx Network is a perfect alternative to Google Adsense if you are just starting or if your website runs in various languages, other than English.

Unlike most ad networks, AdEx Network won’t keep or lock your funds. On the AdEx Platform, you have full custody of your money and can withdraw your earnings whenever you want – with no minimum withdrawal requirement.

No fees for using the Platform

AdEx Network is a self-serving platform. It’s so simple, you just don’t need someone to sell your inventory for you. No middlemen means more ad revenue for you. How much you will make is up to what price you set on your inventory and how well it performs.

Ad campaigns are traditionally defined as “coordinated series of linked advertisements with a single idea or theme”. In AdEx, they further represent a intent to spend a certain budget towards spreading those advertisements: essentially, a big piece of demand. Campaigns are created with a total budget (e.g. 5000 DAI) and a specification of the desired result: e.g. purchase as many impressions as possible for this ad, with a maximum allowed price per impression and targeting information. Because campaigns represent a financial commitment on a smart contract, they can be also be seen as smart, automated insertion orders. The cryptocurrencies that can be used for a campaign depend on what Core is used and what it supports: e.g. the Ethereum implementation supports all ERC20 tokens.

The entire flow is as follows:

Sign up for AdEx in just a few clicks and start advertising and earning straight away. No matter if you’re an advertiser or a publisher, getting started with AdEx takes as little time as possible.

We empower a free and self-governed ad market with no centralised restrictions on what can and can’t be advertised.

Track the performance of your campaigns or your ad inventory in real time and reduce the risk of ad fraud and false reporting.

We value the privacy of individuals and AdEx has been designed with that in mind. No end user data will ever be uploaded to AdEx servers and paired with data from other sources.

Scaling transaction volume is not an issue for AdEx Network thanks to OUTPACE: our Layer 2 payment channels solution which allows small payments for each individual impression – a unique benefit for advertisers and publishers on the platform.

The AdEx platform runs using two cryptocurrencies – the ADX token and the DAI stablecoin. Frequent price fluctuations are a concern for using crypto for standard business payments, so we implemented the DAI stablecoin as payment method between advertisers and publishers on the platform. The ADX token is vital for running validator nodes on the AdEx network. 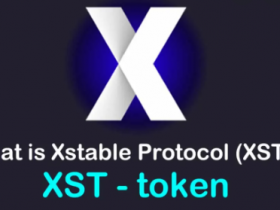