Most blockchains use single consensual mechanisms like proof of work or proof of stake. ABEYCHAIN blockchain uses a double consensus mechanism by implementing a secure proof of work and delegated proof of stake hybrid consensus. This hybridization helps to solve an issue commonly known as the “Impossible Triangle.” The triangle consists of a high degree of decentralization, security, and efficiency.

Abeychain Coin follows a design paradigm where DPoS and PoW are combined together to attain high levels of scalability and consistency without significant reduction to decentralization.

ABEY2.0 would use a multi-layered framework to adapt one slow chain and several fast chains to extend scalability.

Abeychain Coin is a high-performance virtual machine based on WebAssembly. It can run code at a speed close to the native computer hardware speed, while also providing a more flexible contract interface.

ABEYCHAIN provides a solution to this for users of the blockchain. Creating an ecosystem where users can count on high-speed transactions, cross-chain interoperability, and a growing base of decentralized applications in a fast-expanding ecosystem. All of this in a developer-friendly environment.

The Abeychain Coin blockchain also possesses the ability to scale to 10,000 transactions per second (TPS). Providing fast and efficient transactions, and eliminating network congestion which leads to high network fees.

More developments in the future

The Foundation fosters the blockchain’s development, governance, and research. The organization has revealed that more products are in the works. In addition, ABEY token will also be listed on more exchanges to ensure greater token adoption. Apart from Liquid Global, ABEY Token can be traded on www.zbx.com and www.zbx.plus.

Abeychain Coin Design Rationale. Since ours is a hybrid model, we’ll take the liberty of exploring this design space a little bit further. Let us consider the possibility of a hybrid cloud ecosystem. A basic problem people have faced is the kind of crude mathematical notations followed in Ethereum.

Through the ABEY Network, users can pay the digital asset in exchange for services or goods.

Abeychain Coin Stable coin could be deployed in ABEY chain as medium of exchange to avoid price fluctuations.

Business Contracts such as loans can be designed as a smart contract and deployed in ABEY network. The rest operation would be executed automatically once the terms of the contract are met.

The Abeychain Coin crypto market has many opportunities, and investing in the right coin could be the difference between success and failure. ABEY token has shown steady progression in its value since its launch in 2020. More than 100,000 users also use the blockchain, indicating that the blockchain is considered one with huge potential.

The world’s fastest growing blockchain networks with over 100,000 users. It is a third-generation public blockchain that integrates a hybrid consensus system to resolve scalability, decentralization, and efficiency problems. ABEYCHAIN users can count on high-speed transactions, cross-chain interoperability, and a growing base of decentralized applications (dApps) within a fast-expanding ecosystem.

Abeychain Coin is also ideal for developers to build applications with its blockchain architecture able to accommodate 10,000 TPS. In addition, a variety of high-quality cryptocurrency assets from other blockchains can be seamlessly transferred or processed through ABEYCHAIN without experiencing any significant delays. 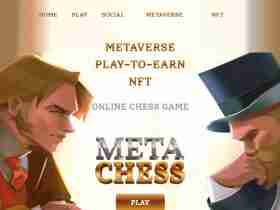 What Is Revive? (RVE) Complete Guide Review About Revive.

What Is OAX (OAX)? Complete Guide Review About OAX.

What Is Senso (SENSO)? Complete Guide Review About Senso.