What Is Internxt (INXT)? Complete Guide Review About Internxt.

What Is Aavegotchi KEK (KEK)?

Aavegotchi KEK (KEK) The non-fungible token space (NFT) has seen explosive growth since the beginning of 2020, with total sales volume exceeding more than 100M USD, the majority happening in the last six months. Source: NonFungible Similarly, the Decentralized Finance (DeFi) ecosystem has seen unparalleled growth in 2020, with Total Volume Locked (TVL) surging from 600 million USD to more than 6 billion USD, as of August 19, 2020. Source: DeFi Pulse Individually, each space is experiencing massive exponential growth, but as of yet no project has emerged that leverages the explosive potential of both combined.

What Exactly are Aavegotchis?

Aavegotchis are NFTs staked with DeFi-enabled ERC20 tokens powered by Aave, known as aTokens. possess three attributes that determine their overall value and rarity within the universe — spirit force, traits, and wearables.

Between the Nether Realm and the world of humans lies a third space — the Ether Realm. Powerful wizards known as Summoners have built arcane magical Portals that allow humans to summon from the Nether to the Ether. However, to complete the process, must be staked with a certain amount of Spirit Force, known in the human realm as Aave-backed ERC20 tokens, or “aTokens”.

Aavegotchis possess multiple traits that influence their rarity, their performance in mini-games, and the wearables they can equip. Some are generated randomly upon summon, some depend on user interactions with the , and some are even defined by the community.

Upon summon, every is assigned several random trait values using the Chainlink VRF random number generator. Trait values are distributed on a bell-curve, and each trait is assigned a value of Common, Uncommon, Rare, or Mythical, depending on its rarity.

Aavegotchis “level up” as they gain more XP. Every few levels, Aavegotchis receive one Spirit Point that can be allocated towards increasing or decreasing a certain trait. Some wearables can only be worn by Aavegotchis of a certain level.

Like pioneers to the New World, travel from the Nether Realm to the Ether Realm in groups known as Haunts. The initial Haunt contains 10,000 . Thereafter, new Haunts must be approved for travel by the . Some wearables can only be worn by belonging to a certain Haunt.

The valuation of an Aavegotchi comes both from its intrinsic value and from its rarity score.

Intrinsic value is the denominated value of the Aavegotchi’s Spirit Force (staked collateral). If the Aavegotchi is staked with 10 aDAI, then the intrinsic value would be 10 aDAI, plus whatever extra aDAI has accrued from the Lending Pool.  Initially, only ERC20 tokens listed on the Aave platform (aTokens) will be available as collaterals. However, once launches, the community will be able to vote on which new collaterals to allow.

Rarity score is determined by calculating the rareness of each traits and equipped wearables within the universe.  Unlike other NFT games, rarity is not a fixed value in — it can change over time as level up and equip different wearables. Thus, a rare one week could become less rare, and vice versa, depending on the overall distribution of traits and wearables within the universe. This enables a novel concept known as “rarity farming”.

What Is Nowlage (NAC) ? Complete Guide Review About Nowlage

What Is Enzyme (MLN)? Complete Guide Review About Enzyme. 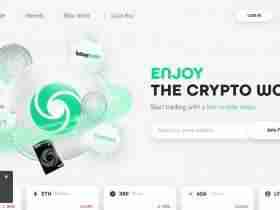 Bitay.com Crypto Exchange Review: It Is Good Or Bad?